Richard Gannaway and Jay Oliver grew up in St. Louis, MO. They met in 1988 and moved to the Los Angeles area in 1989. They began working on the AO MUSIC project in 1996. Gannaway toured internationally with his rock group ‘Tiger and the Helix’ before founding the vision of AO MUSIC. Oliver’s former credits include; Sheryl Crow, The Eagles, Celine Dion, Jimmy Buffett, Bonnie Raitt, Wynona Judd, Glenn Fry, Joe Walsh, Chick Corea and Dave Weckl.

In 2000, they produced the acclaimed ‘Grow Wild’ CD as the first AO MUSIC song collection, and Gannaway’s indie label Arcturian Gate released it on National Public Radio in North America with excellent reviews.

In 2001, AO MUSIC teamed up with Frank Mayor of Global Entertainment Media. Frank brought the group to China and introduced them to CRC (China Record Company). Through that encounter, AO MUSIC was invited to compose theme music for the 2008 Summer Olympics in Beijing. The song ‘On Jai Ya’ was written and produced for that purpose and features Miriam Stockley‘s first recording with AO MUSIC. Frank also brought the group to Indonesia and introduced them to the Gamelan tradition. 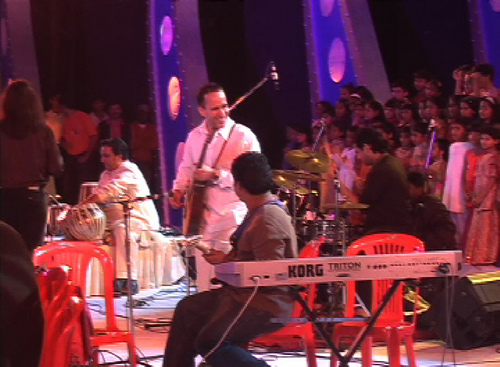 In 2004 Gannaway and Oliver were invited to Sandeep Chowta‘s studio in Mumbai. Sandeep is a well-established Bollywood film score composer, and is now a contributing member of the AO MUSIC production team. Sandeep spent a portion of his early childhood in Africa until his family returned to Bangalore, where AO MUSIC performed their first ever  live concert. Sandeep also served as head of Columbia Records India for many years.. 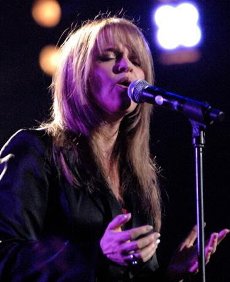 Miriam Stockley now co-composes with Richard. She officially joined AO MUSIC in 2006, and fortifies the children’s choral ensembles or sings them exclusively with her own “vocalese” overdubs. Miriam grew up in South Africa before moving to the U.K., where she met husband/engineer Rod Houison. She has worked with such names as Tina Turner, Chaka Khan, Freddie Mercury and George Michael. Her Film soundtrack credits include, Lord of The Rings – The Fellowship of The Ring and Great Expectations. Miriam has been on stage or in the studio since  age eleven, and has two brilliant solo albums (“Eternal” & “Second Nature”). 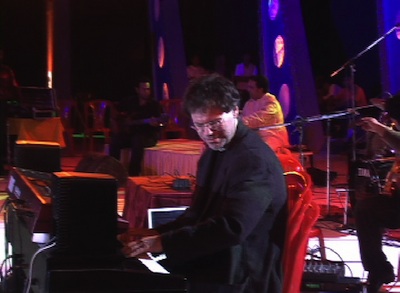 In 2010 “Gaiya Lo Mane” from the “Twirl” album was chosen as theme music for the Give Kids the World Foundation.

In 2011 AO MUSIC was elected musical ambassadors for Project Peace on Earth.

With the 2011 release of ‘…and Love Rages On!’, AO MUSIC aligned with HavServe – one of the many charities under the GlobalGiving umbrella. This alliance was established to build sustainable villages and schools for children displaced by the Haiti earthquake. That year the project was awarded “Best World Music Album” from Zone Music Reporter’s international roster of broadcasters.

In 2013 AO MUSIC released their fourth album “Hokulea”, and established the group as primarily non-profit through AO Foundation International, attending to impoverished children around the globe.