Richard invited Nadishana to record on several AO Music tracks. He is one of the world’s finest ethnic fusion artists and can be heard on his own project The Nadishana Trio. Read our 2017 feature on Nadishana here. 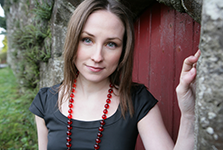 Julie appeared on AO’s 2017 album release “Asha” performing one of her own compositions, and her vocal renditions of Scottish traditional music are melting hearts around the globe. She is also a wicked Celtic whistle player. Read our 2017 feature on Julie here. 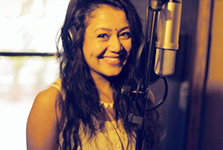 Neha was invited by Sandeep Chowta to perform on the track that he brought to the AO drawing board – “O Re Piya” from our 2013 album release “Hokulea”. Her vocal performance with Miriam Stockley on that track received wide international acclaim.

Sonu (Mumbai, India) was invited to Sandeep Chowta‘s studio during the Aomusic Mumbai sessions in 2004. She is featured singing solo on the verses of ‘Obayo’ from our 2009 song collection ‘Twirl’. 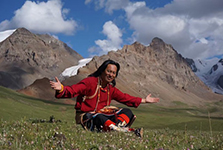 We discovered this amazing Tibetan singer while recording children high in the Himalayas of Yushu for our 2017 album release “Asha”. His vocal ability is mesmerizing, and we’ll be recording a lot of him in the future. Read our 2017 feature on Sang Ding Duo Jie here

Ashwin (Mumbai, India) is one of India’s legendary instrumentalists, introduced to us by our astute colleague Sandeep Chowta. He is featured in several AO Music cuts, and you can read our 2017 feature on Ashwin here. 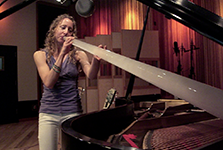 Kimba (Boulder, CO) tours internationally and uses her talent as a means to transform and heal. She is featured on all AO Music album releases since 2009, and is involved in some very interesting and important projects, which you can read about in our 2017 feature on Kimba here. 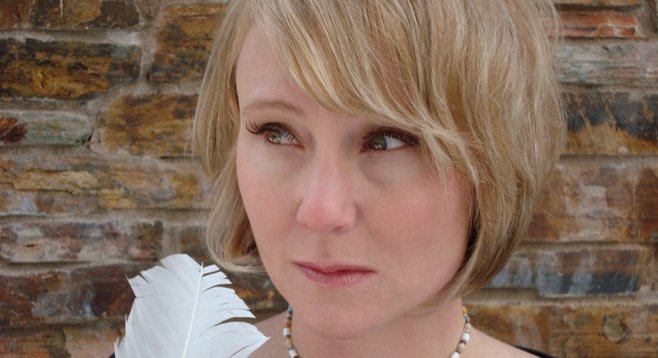 Emily (Lake Taho, CA) is a wonderfully authentic artist, and her healing music style continues to inspire hearts around the globe. She has since put her musical passion into world music, and her current award-winning group Orenda Blu has two albums on the Paradise Music label. 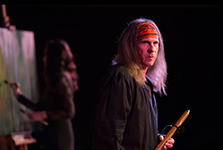 Mark is one of several true artists preserving the Native American Flute tradition today, and his first contribution to the music of AO was on our 2017 album release “Asha”, where he performed on the song “Quixote”. Read our 2017 feature on Mark here 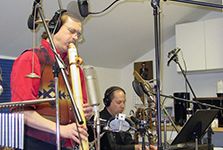 Al and Andy are a talented duo and veterans at producing music for relaxation and healing. They lent their mastery to the track “The Inbound Trail” on our 2017 release “Asha”. Read our 2017 feature on Al na Andy here

Peter (Nashville, TN) is an extraordinary artist and prolific song-writer. He tours his own project and is Jimmy Buffett‘s guitar player. Peter is featured in the songs ‘Chameleon Makebelieve’ and ‘Those Eyes’ from our ‘Grow Wild’ album.

Mike (Tipperary, Ireland) has been winning national piper championships in Ireland since he was a boy. He is featured in ‘Ena Na Lena’ from our “…and Love Rages On!” album. In Richard words; “Nowhere have I found a more gracious and authentic artist”.

Susan (Los Angeles, CA) is a classically trained session musician on the US west coast, and is featured in “Little Dove’s Reel” from our 2000 debut album, “Grow Wild”. She also performs locally as her own Celtic ensemble.